670909 - Letter to Jadurani written from Vrndavana 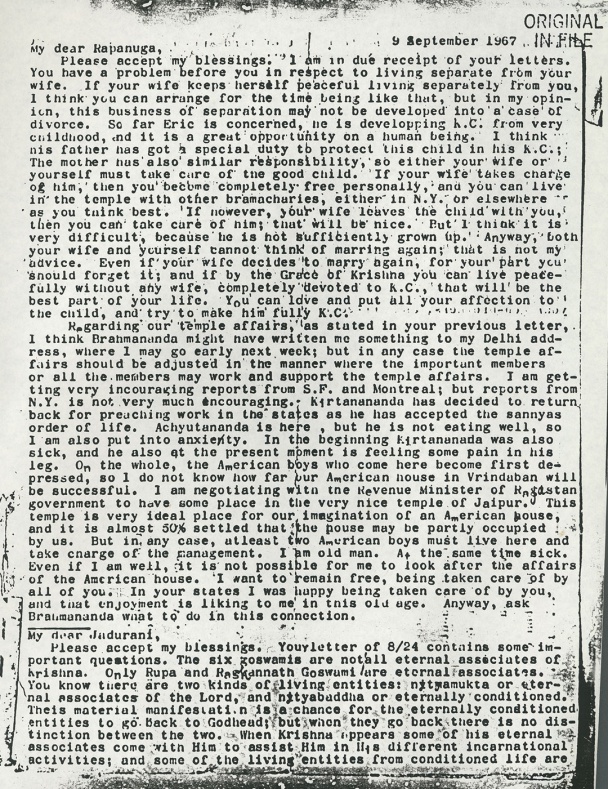 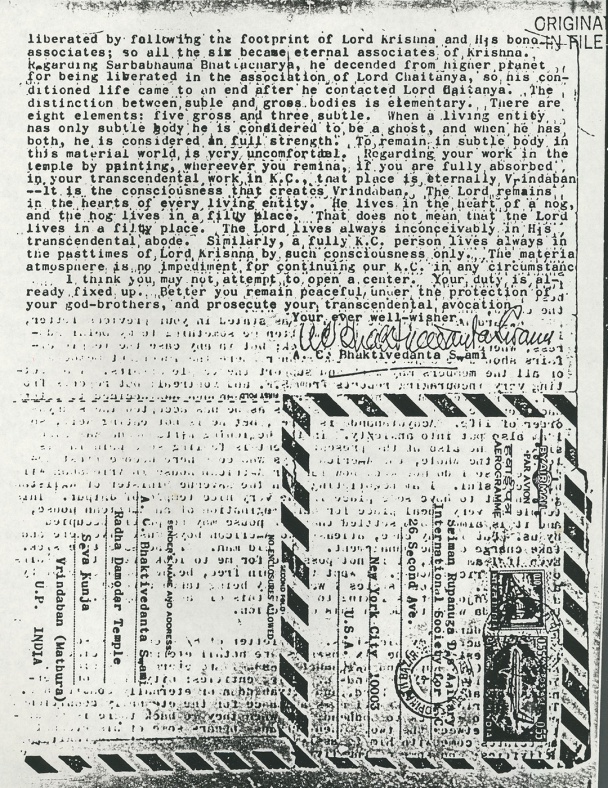 9 September 1967
My Dear Jadurani,
Please accept my blessings. Your [handwritten] letter of 8/24 contains some important questions. The six goswamis are not all eternal associates of Krishna. Only Rupa and Raghunnath Goswami are eternal associates. You know there are two kinds of living entities: nityamukta or eternal associates of the Lord, and nityabaddha or eternally conditioned. This material manifestation is a chance for the eternally conditioned entities to go Back to Godhead; but when they go back there is no distinction between the two. When Krishna appears some of his eternal associates come with Him to assist Him in His different incarnational activities; and some of the living entities from conditioned life are liberated by following the footprint of Lord Krishna and His bona associates; so all the six became eternal associates of Krishna. Regarding Sarbabhauma Bhattacharya, he decended from higher planet for being liberated in the association of Lord Chaitanya, so his conditioned life came to an end after he contacted Lord Caitanya. The distinction between subtle and gross bodies is elementary. There are eight elements: five gross and three subtle. When a living entity has only subtle body he is considered to be a ghost, and when he has both, he is considered in full strength. To remain in subtle body in this material world is very uncomfortable. Regarding your work in the temple by painting, wherever you remain, if you are fully absorbed in your transcendental work in K.C., that place is eternally Vrindaban--It is the consciousness that creates Vrindaban. The Lord remains in the hearts of every living entity. He lives in the heart of a hog, and the hog lives in a filthy place. That does not mean that the Lord lives in a filthy place. The Lord lives always inconceivably in His transcendental abode. Similarly, a fully K.C. person lives always in the pastimes of Lord Krishna by such consciousness only. The material atmosphere is no impediment for continuing our K.C. in any circumstance.
I think you may not attempt to open a center. Your duty is already fixed up. Better you remain peaceful under the protection of your god-brothers, and prosecute your transcendental avocation.
Your ever well-wisher,