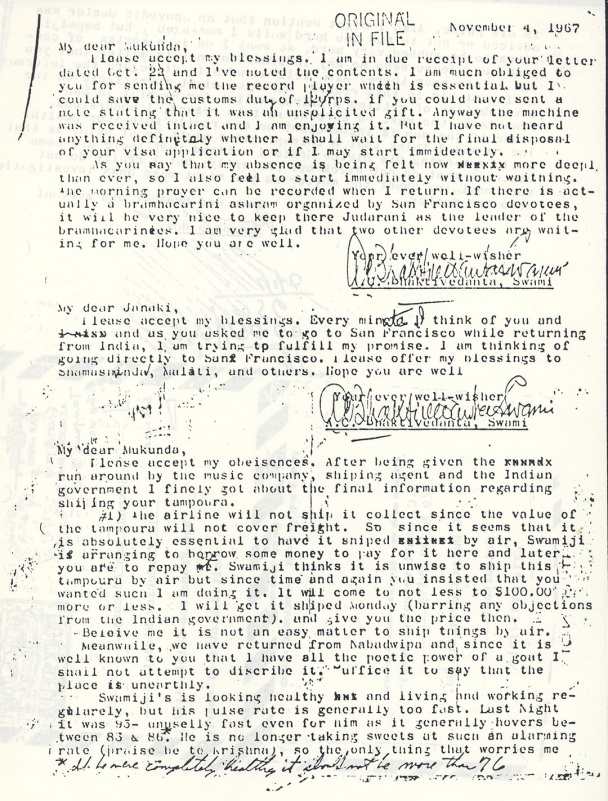 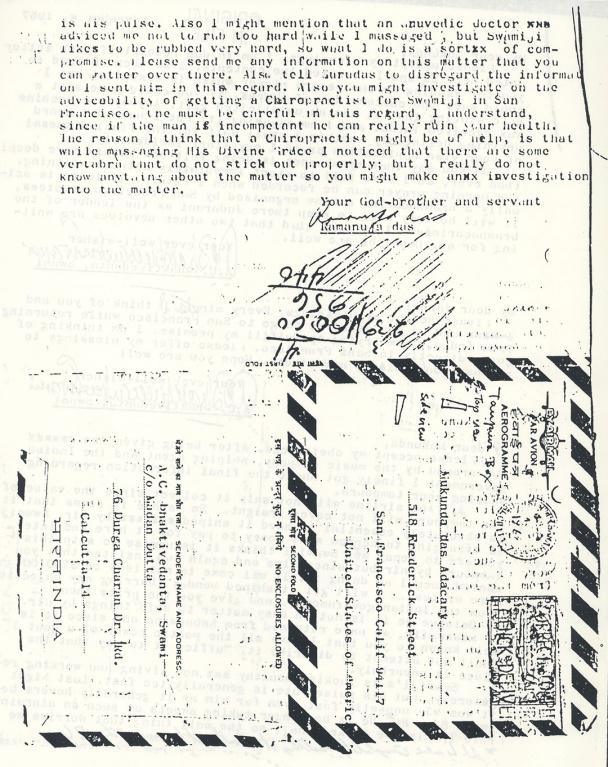 Letter to Mukunda (Page 2 of 2)
(Note from Ramanuja)

Please accept my obeisences. After being given the run around by the music company, shipping agent and the Indian government I finely got about the final information regarding shipping your tampoura.

Believe me it is not an easy matter to ship things by air.

Meanwhile, we have returned from Nabadwip and since it is well known to you that I have all the poetic power of a goat I shall not attempt to describe it. Suffice it to say that the place is unearthly.

Swamiji’s is looking healthy and living and working regularly, but his pulse rate is generally too fast. Last Night it was 95- unusually fast even for him as it generally hovers between 83 & 86. If he were completely healthy it should not be more than 76. He is no longer taking sweets at such an alarming rate (praise be to Krishna), so the only thing that worries me is his pulse. Also I might mention that an ayurvedic doctor advised me not to rub too hard while I massaged, but Swamiji likes to be rubbed very hard, so what I do is a sort of compromise. Please send me any information on this matter that you can gather over there. Also tell Gurudas to disregard the information I sent him in this regard. Also you might investigate on the advicebility of getting a Chiropractist for Swamiji in San Francisco. One must be careful in this regard, I understand, since if the man is incompetent he can really ruin your health. The reason I think that a Chiropractist might be of help, is that while massaging His Divine Grace I noticed that there are some vertebra that do not stick out properly ; but I really do not know anything about the matter so you might make an investigation into the matter.

Your God-brother and servant