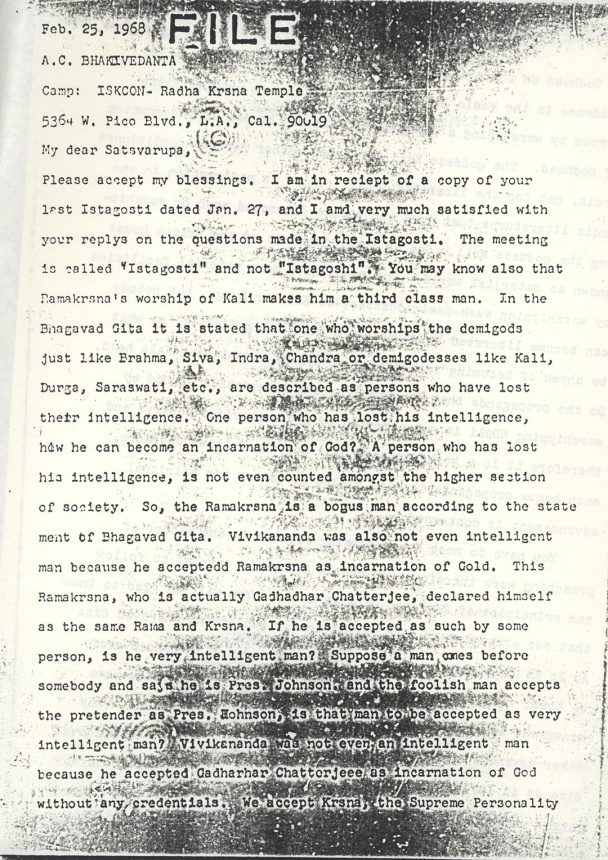 Letter to Satsvarupa (Page 1 of 3) 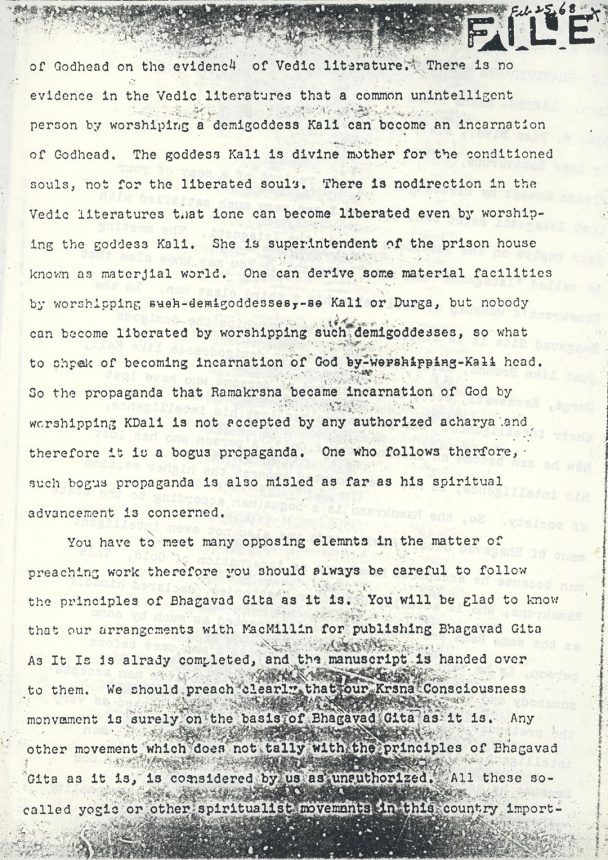 Letter to Satsvarupa (Page 2 of 3) 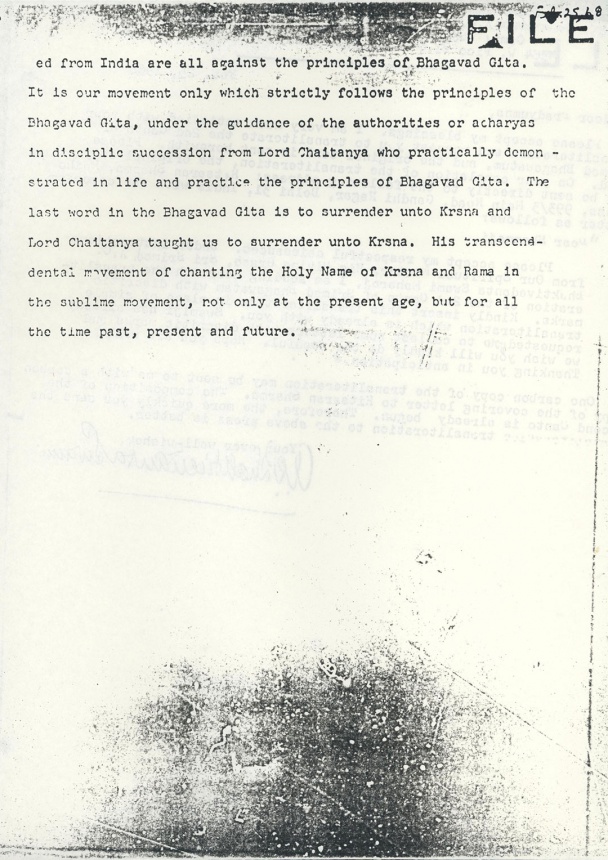 Letter to Satsvarupa (Page 3 of 3)

Please accept my blessings. I am in receipt of a copy of your last Istagosti dated Jan. 27, and I am very much satisfied with your replies on the questions made in the Istagosti. The meeting is called "Istagosti and not "Istagoshi. You may know also that Ramakrsna's worship of Kali makes him a third class man. In the Bhagavad-gita it is stated that one who worships the demigods just like Brahma, Siva, Indra, Candra or demigoddesses like Kali, Durga, Saraswati, etc., are described as persons who have lost their intelligence. One person who has lost his intelligence, how he can become an incarnation of God? A person who has lost his intelligence, is not even counted amongst the higher section of society. So, the Ramakrishna is a bogus man according to the statement of Bhagavad Gita. Vivikananda was also not even intelligent man because he accepted Ramakrsna as incarnation of God. This Ramakrsna, who is actually Gadhadhar Chatterjee, declared himself as the same Rama and Krsna. If he is accepted as such by some person, is he very intelligent man? Suppose a man comes before somebody and says he is Pres. Johnson. and the foolish man accepts the pretender as Pres. Johnson, is that man to be accepted as very intelligent man? Vivikananda was not even an intelligent man because he accepted Gadhadhar Chatterjee as incarnation of God without any credentials. We accept Krsna, the Supreme Personality of Godhead on the evidence of Vedic literature. There is no evidence in the Vedic literatures that a common unintelligent person by worshipping a demigoddess Kali can become an incarnation of Godhead. The goddess Kali is divine mother for the conditioned souls, not for the liberated souls. There is no direction in the Vedic literatures that one can become liberated even by worshipping the goddess Kali. She is superintendent of the prison house known as material world. One can derive some material facilities by worshipping Kali or Durga, but nobody can become liberated by worshiping such demigoddesses, so what to speak of becoming incarnation of Godhead. So the propaganda that Ramakrsna became incarnation of God by worshiping Kali is not accepted by any authorized acharya and therefore it is a bogus propaganda. One who follows therefore, such bogus propaganda is also misled as far as his spiritual advancement is concerned.