680630 - Letter to Kirtanananda written from Montreal 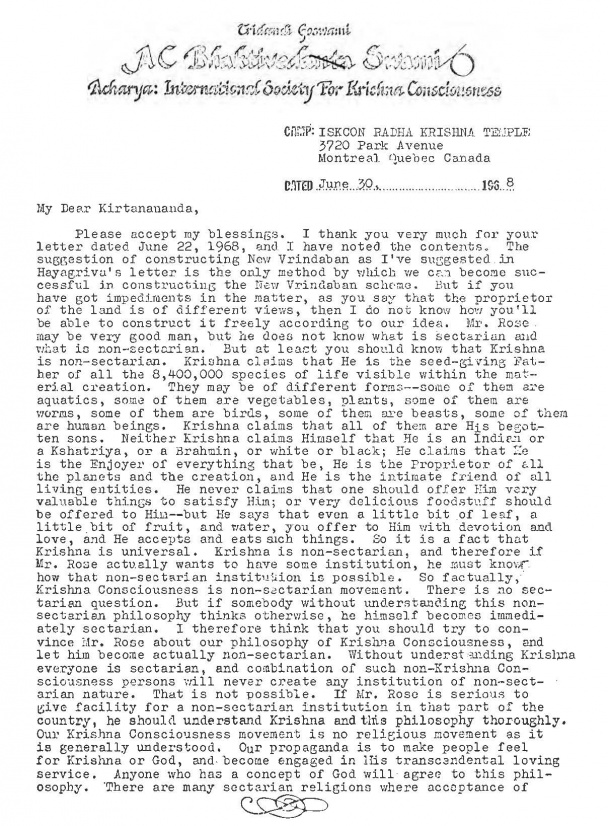 Letter to Kirtanananda (Page 1 of 3) 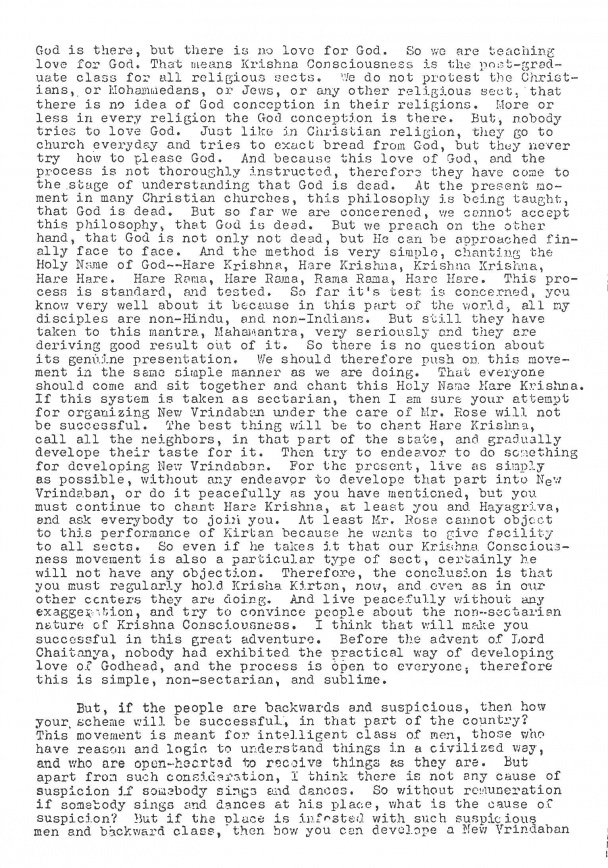 Letter to Kirtanananda (Page 2 of 3) 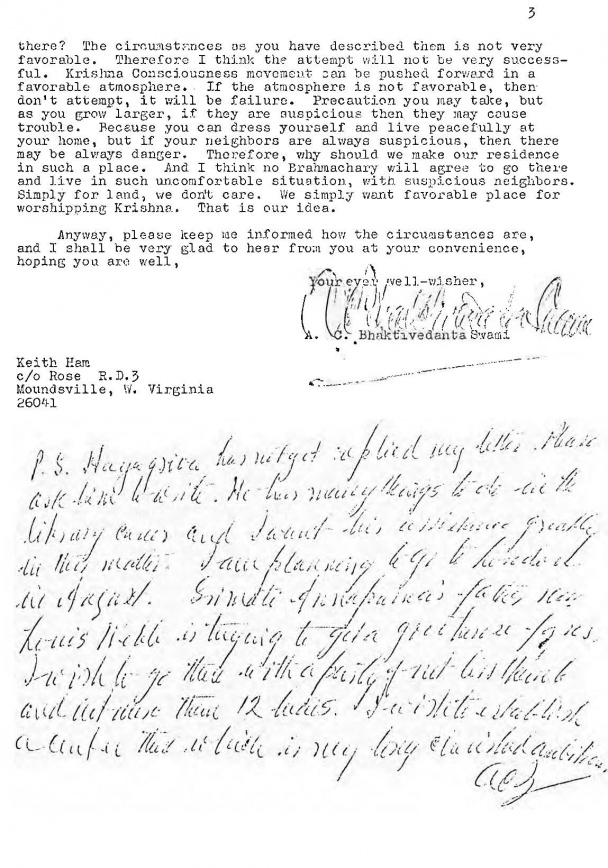 Letter to Kirtanananda (Page 3 of 3)

But, if the people are backwards and suspicious, then how your scheme will be successful, in that part of the country? This movement is meant for intelligent class of men, those who have reason and logic to understand things in a civilized way, and who are open-hearted to receive things as they are. But apart from such consideration, I think there is not any cause of suspicion if somebody sings and dances. So without remuneration if somebody sings and dances at his place, what is the cause of suspicion? But if the place is infested with such suspicious men and backward class, then how you can develop a New Vrindaban there? The circumstances as you have described them is not very favorable. Therefore I think the attempt will not be very successful. Krishna Consciousness movement can be pushed forward in a favorable atmosphere. If the atmosphere is not favorable, then don't attempt, it will be failure. Precaution you may take, but as you grow larger, if they are suspicious then they may cause trouble. Because you can dress yourself and live peacefully at your home, but if your neighbors are always suspicious, then there may be always danger. Therefore, why should we make our residence in such a place. And I think no Brahmachary will agree to go there and live in such uncomfortable situation, with suspicious neighbors. Simply for land, we don't care. We simply want favorable place for worshipping Krishna. That is our idea.

Anyway, please keep me informed how the circumstances are, and I shall be very glad to hear from you at your convenience,
hoping you are well,

P.S. Hayagriva has not yet replied my letter. Please ask him to write. He has many things to do in the library cases and I want his assistance greatly in this matter. I am planning to go to London in August. Srimati Annapurna's father. Mr. Louis Weble is trying to get a good house for us. I wish to go there with a party of not less than 6 and not more than 12 heads. I wish to establish a center there which is my long cherished ambition.[handwritten]