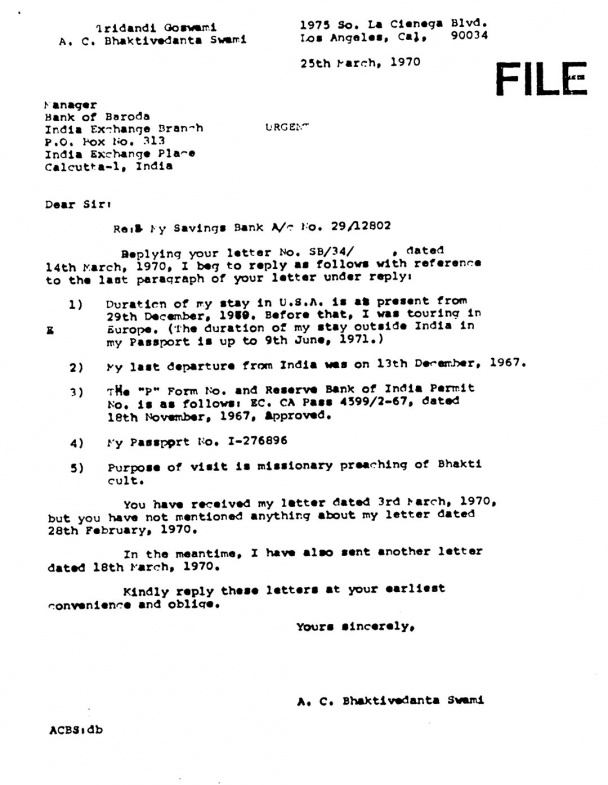 Letter to Manager of Bank of Baroda, Calcutta

Replying your letter No. SB/34/, dated 14th March, 1970, I beg to reply as follows with reference to the last paragraph of your letter under reply:

5) Purpose of visit is missionary preaching of Bhakti cult.

In the meantime, I have also sent another letter dated 18th March, 1970.

Kindly reply these letters at your earliest convenience and oblige.