710526 - Letter to Central Bank of India written from Calcutta 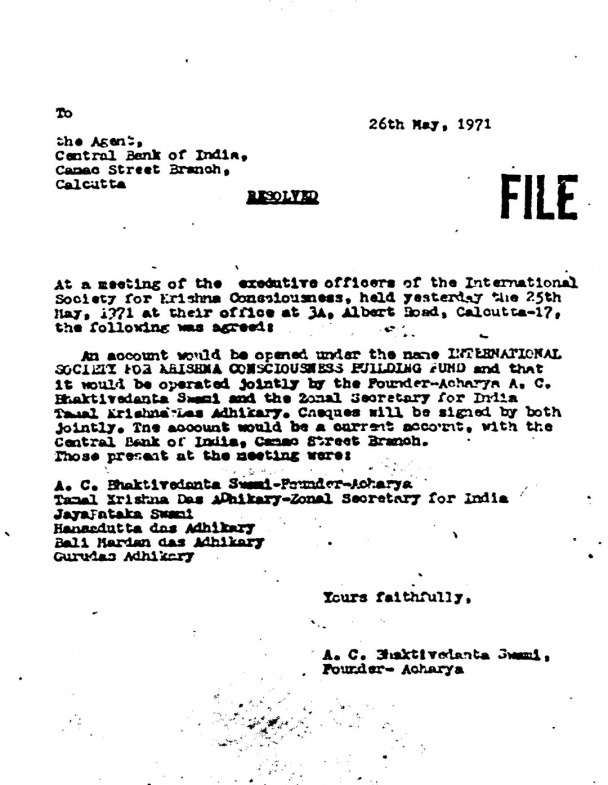 
At a meeting of the executive officers of the International Society for Krishna Consciousness, held yesterday the 25th May, 1971 at their office at 3A, Albert Road, Calcutta-17, the following was agreed:

An account would be opened under the name INTERNATIONAL SOCIETY FOR KRISHNA CONSCIOUSNESS BUILDING FUND and that it would be operated jointly by the Founder-Acharya A.C. Bhaktivedanta Swami and the Zonal Secretary for India Tamal Krishna Das Adhikary. Cheques will be signed by both jointly. The account would be a current account, with the Central Bank of India, Camac Street Branch. Those present at the meeting were: