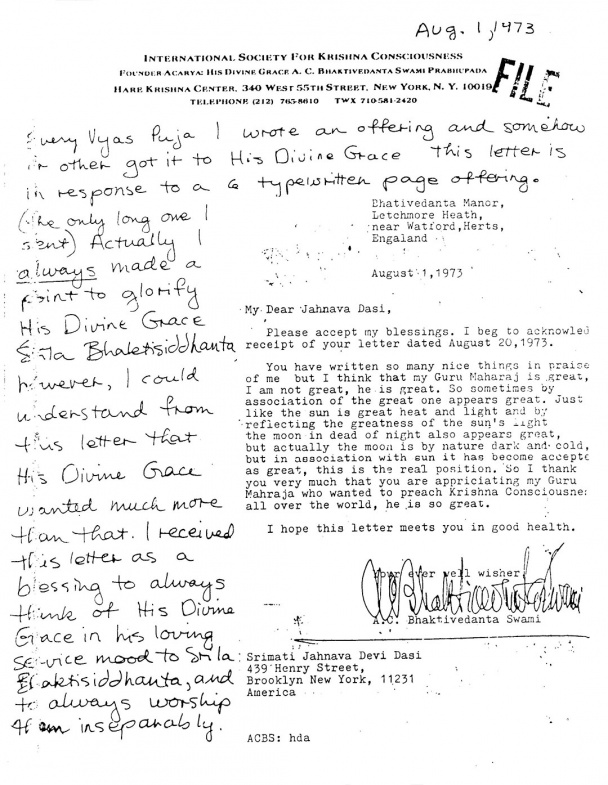 Please accept my blessings. I beg to acknowledge receipt of your letter dated August 20, 1973.

You have written so many nice things in praise of me but I think that my Guru Maharaj is great, I am not great, he is great. So sometimes by association of the great one appears great. Just like the sun is great heat and light and by reflecting the greatness of the sun's light the moon in dead of night also appears great, but actually the moon is by nature dark and cold, but in association with sun it has become accepted as great, this is the real position. So I thank you very much that you are appreciating my Guru Maharaja who wanted to preach Krishna Consciousness all over the world, he is so great.

I hope this letter meets you in good health.