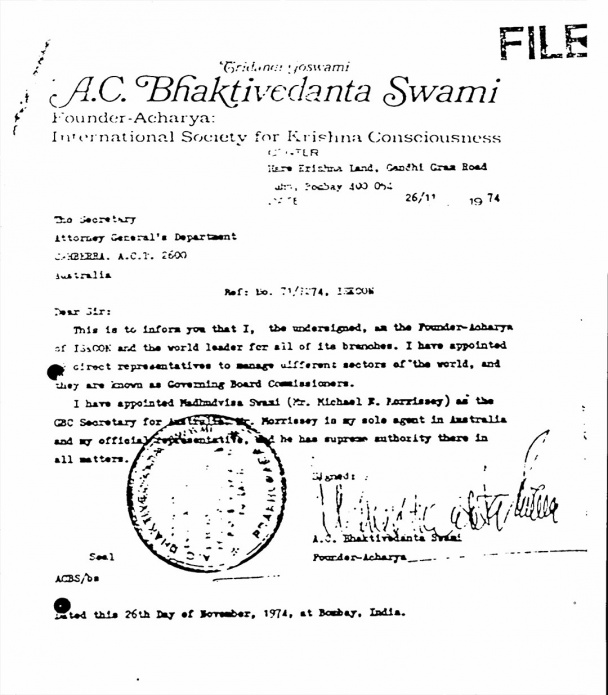 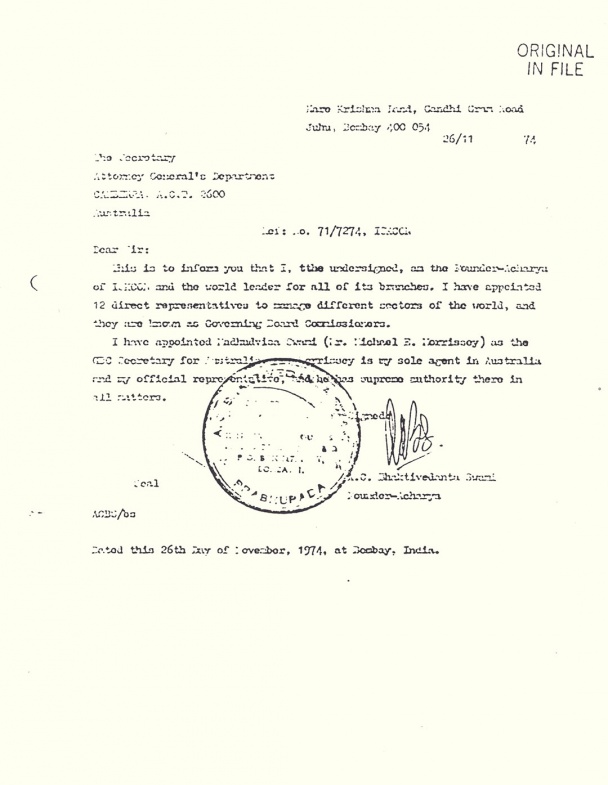 Dear Sir:
This is to inform you that I, the undersigned, am the Founder-Acarya of ISKCON and the world leader for all of its branches. I have appointed 12 direct representatives to manage different sectors of the world, and they are known as Governing Board Commissioners.
I have appointed Madhudvisa Swami (Mr. Michael E. Morrissey) as the GBC Secretary for Australia. Mr. Morrissey is my sole agent in Australia and my official representative, and he has supreme authority there in all matters.