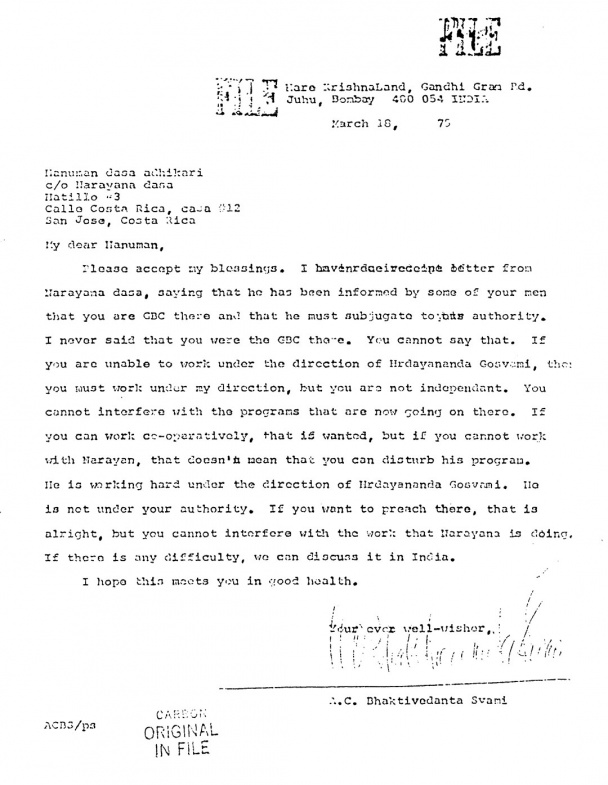 Please accept my blessings. I have received one letter from Narayana dasa, saying that he has been informed by some of your men that you are GBC there and that he must subjugate to your authority. I never said that you were the GBC there. You cannot say that. If you are unable to work under the direction of Hrdayananda Gosvami, then you must work under my direction, but you are not independent. You cannot interfere with the programs that are now going on there. If you can work co-operatively, that is wanted, but if you cannot work with Narayana, that doesn't mean that you can disturb his program. He is working hard under the direction of Hrdayananda Gosvami. He is not under your authority. If you want to preach there, that is alright, but you cannot interfere with the work that Narayana is doing. If there is any difficulty, we can discuss it in India.