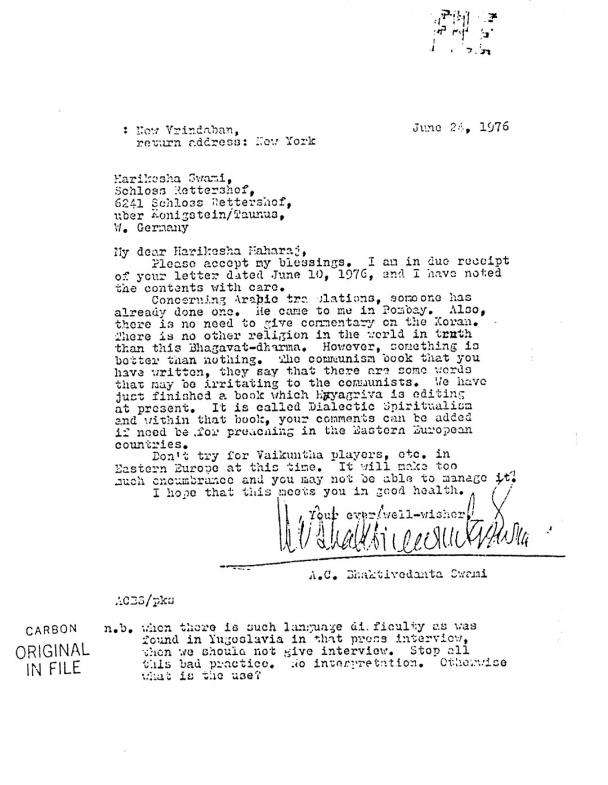 My dear Harikesha Maharaj,
Please accept my blessings. I am in due receipt of your letter dated June 10, 1976, and I have noted the contents with care.

Concerning Arabic translations, someone has already done one. He came to me in Bombay. Also, there is no need to give commentary on the Koran. There is no other religion in the world in truth than this Bhagavat-dharma. However, something is better than nothing. The communism book that you have written, they say that there are some words that may be irritating to the communists. We have just finished a book which Hayagriva is editing at present. It is called Dialectic Spiritualism and within that book, your comments can be added if need be for preaching in the Eastern European countries.

Don't try for Vaikuntha players, etc. in Eastern Europe at this time. It will make too much encumbrance and you may not be able to manage it.

n.b. when there is such language difficulty as was found in Yugoslavia in that press interview, then we should not give interview. Stop all this bad practice. No interpretation. Otherwise what is the use?