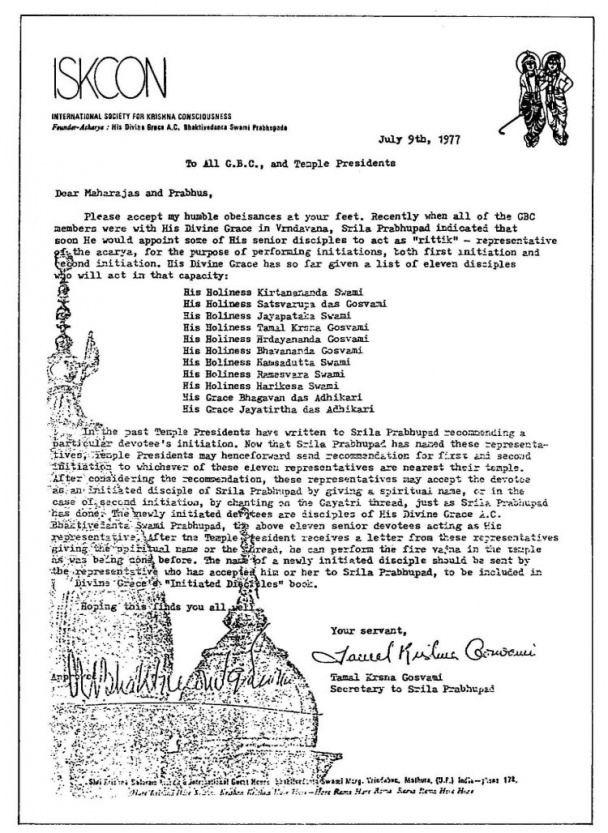 Letter to All G.B.C. and All Temple Presidents

To All G.B.C., and Temple Presidents

Please accept my humble obeisances at your feet. Recently when all of the GBC members were with His Divine Grace in Vrndavana, Srila Prabhupada indicated that soon He would appoint some of His senior disciples to act as "ritvik" - representative of the acarya, for the purpose of performing initiations, both first initiation and second initiation. His Divine Grace has so far given a list of eleven disciples who will act in that capacity:

Hoping this finds you all well.