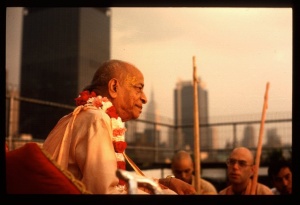 “Forgetting Kṛṣṇa, the living entity has been attracted by the external feature from time immemorial. Therefore the illusory energy [māyā] gives him all kinds of misery in his material existence.