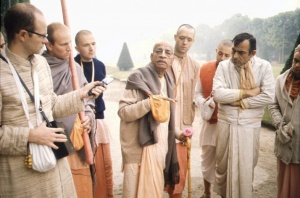 Their husbands, fathers, brothers and other relatives tried to stop them, but Kṛṣṇa had already stolen their hearts. Enchanted by the sound of His flute, they refused to turn back.

Some of the young gopīs were married, and their husbands tried to stop them. The unmarried girls had to deal with their fathers and brothers and other relatives. None of these relatives would have ordinarily allowed even the young girls' dead bodies to go alone into the forest at night, but Lord Kṛṣṇa had already engaged His internal potency, and thus the entire romantic episode unfolded without interference.