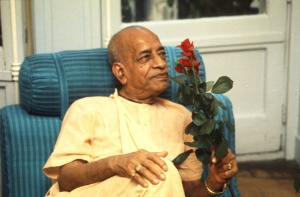 O lord, the five important Vedic mantras are represented by your five faces, from which the thirty-eight most celebrated Vedic mantras have been generated. Your Lordship, being celebrated as Lord Śiva, is self-illuminated. You are directly situated as the supreme truth, known as Paramātmā.

The five mantras mentioned in this connection are as follows: (1) Puruṣa, (2) Aghora, (3) Sadyojāta, (4) Vāmadeva, and (5) Īśāna. These five mantras are within the category of thirty-eight special Vedic mantras chanted by Lord Śiva, who is therefore celebrated as Śiva or Mahādeva. Another reason why Lord Śiva is called Śiva, which means "all-auspicious," is that he is self-illuminated, exactly like Lord Viṣṇu, who is the Paramātmā. Because Lord Śiva is directly an incarnation of Lord Viṣṇu, he is situated as Lord Viṣṇu's direct representative. This fact is corroborated by a Vedic mantra: patiṁ viśvasyātmeśvaraṁ śāśvatam. śivam acyutam. The Supersoul is called by many names, of which Maheśvara, Śiva and Acyuta are especially mentioned.